In the past two weeks Lily and I have taken campus tours at Stanford University and at the University of California at Berkeley (or Cal).  Perhaps it’s unfair or unhelpful to compare a private and a public university, but as Lily is still in the stage of gathering impressions, I thought I’d note a few observations we made about the two schools before our memories are cluttered with several more campus visits we plan to make in the Boston area in late March.

Stanford and Berkeley actually have a lot in common (besides the Axe that they pass back and forth between Big Games).  Both are located in sunny, mild northern California; they share library resources and attract a diverse and fairly liberal student body.  Both have very selective admissions based on high GPAs and test scores, impressive extra curricular activities, and well written application essays.  Both offer a large selection of majors, undergraduate research opportunities, study abroad programs, Division One and club sports programs, financial aid. . .the list goes on.

But they also differ in important ways.  Lily’s cousin Ruth, a Stanford senior, stresses the flexibility in Stanford’s academic program, which has allowed her to double major in Human Biology and French as well as study overseas in both Paris and Oxford. In contrast, Alice, our tour guide at Berkeley and a senior Medieval History major, stressed how Cal wants all students to graduate in four years, implying more limited options to explore other courses or programs.  Also, Stanford is on a quarter system, which allows students even more choice through more courses but also results in a pretty intense and pressured schedule.  Cal is on semesters like most other public universities and many liberal arts schools. 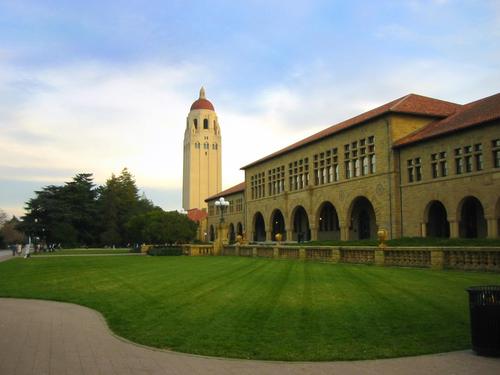 Another difference is atmosphere. Ruth remarked that Stanford doesn’t really have access to a college town as Palo Alto isn’t very student oriented.  Berkeley, unlike Palo Alto, is a quintessential college town with plenty of student hangouts, shops, tie-dye, and other more questionable paraphernalia.
The main difference overall I believe is SIZE.  UC Berkeley has over 25,000 undergraduate students while Stanford’s undergraduate population is more like 6,000.  The sheer number of students affects everything else: academics and extra-curricular opportunities.  Alice showed us the largest lecture hall at Berkeley—it holds 750 students!  She was quick to assure us that few courses are this large but many of her freshman and sophomore introductory classes enrolled at least a few hundred students with breakout weekly discussion sections led by graduate students.  Stanford has large introductory lecture courses as well, but all freshmen have at least two seminar sized classes and the possibility of taking several more “intro sems” as they’re called, special topic seminars reserved primarily for freshmen and sophomores. 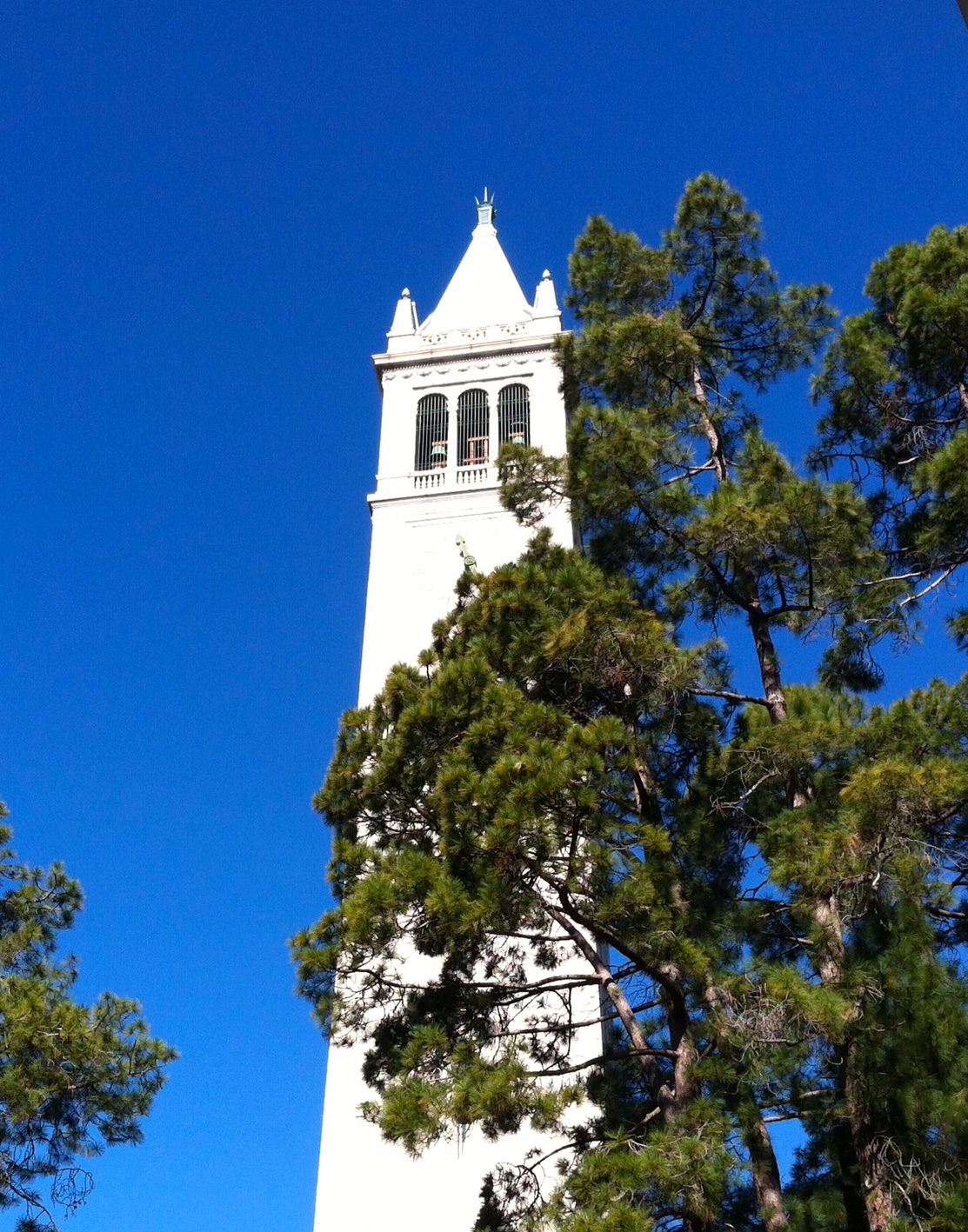 Stanford’s undergraduate research opportunities are also more plentiful and better funded than those at Cal, but Cal does offer research in every one of its many departments, Alice assured us.  Berkeley’s large size also means even more diversity in both student body and in majors and programs offered.
Overall comparing trees and bears seems a lot like comparing apples and oranges—two different kinds of fruit—it depends on one’s preferences which tastes better.  I’m a Stanford alum, so naturally, I must be biased toward my alma mater; nonetheless, I admit being impressed by both schools.  I think undergraduates can receive an excellent education at either.  So which do you prefer—trees or bears?